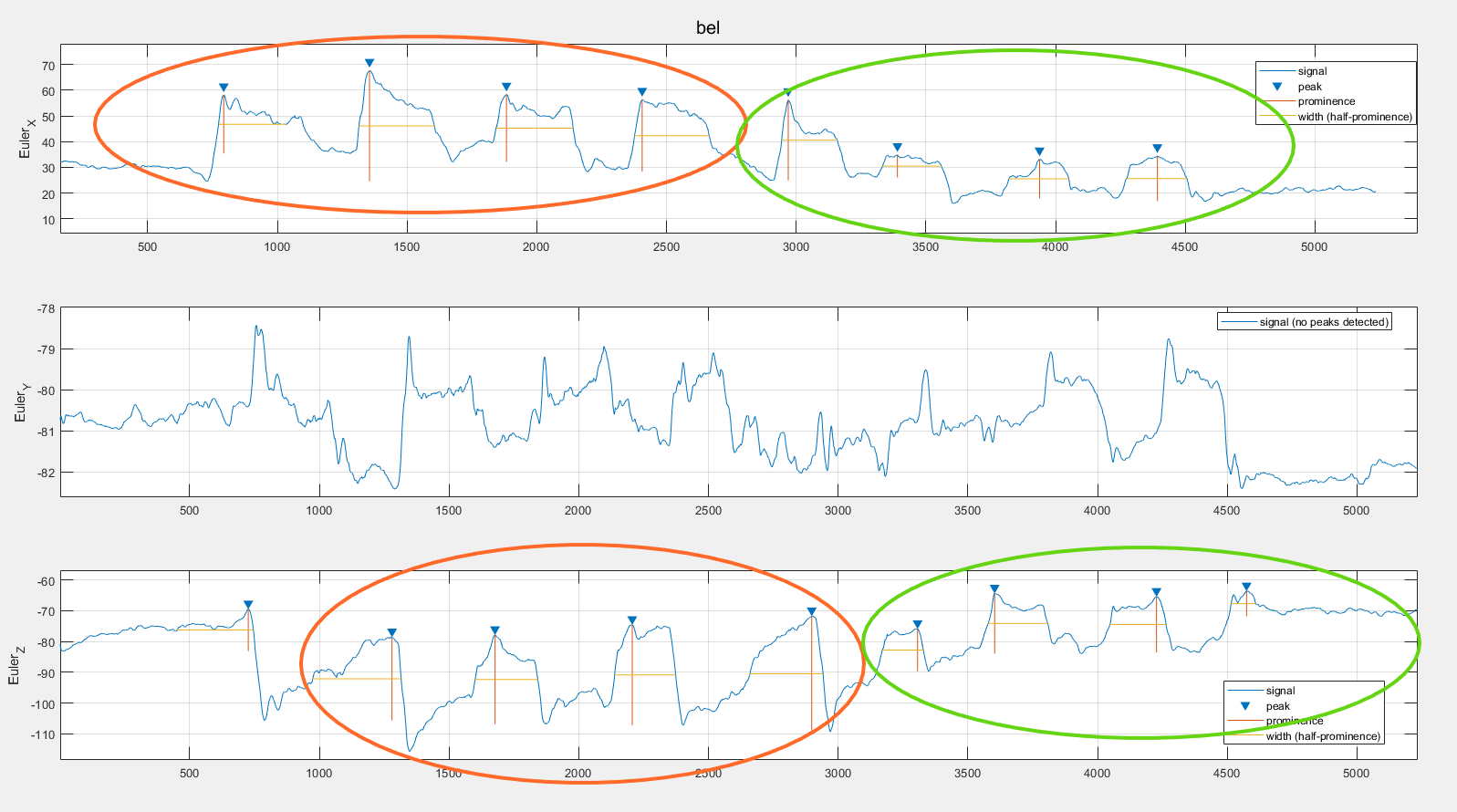 William Rose on 25 Dec 2021
⋮
@mustafa can Kurt,
The image you provided only shows two bad and two good examples. Even if we had four examples of each, this may not be enough examples to determine what distinguishes correct from incorrect, unless you can provide more information.
Each sample has four marked peaks. Each peak shows two marked features: prominence and width. We do not know if these are the only features that distinguish a correct from an incorrect peak. Other possibly important features are risetime, max(dx/dt), and so on. What is the significance of four peaks per sample? Can each peak be graded apart from the others, or is there something about the set of four which is important? For example, is it important to be consistent within the set, or is it important that a certain feature always increase within the set? Does the order matter? In other words, if you mixed up the order of a correct set of four, would it still be a correct set?
Why are there no marked peaks in the second row recording? Why does the red-circled set in row three begin with the second marked peak, and not the first? Can we start a set of four at any peak? Are weallowed to compare overlapping sets of four peaks?
These are jut a few of thee questions that one can think of for distinguishing a good versus a bad set.
With a larger data set, it might be possible to infer answers to these questions. But with only two or four examples of each, it will be qute difficult. Please provide more information and more examples of correct and incorrect sets.

⋮
Thank you for your answer @William Rose. Basically the signal is from an IMU sensor during movement of an object. Correct data are generated in a controlled environment in order to see the difference between desired and others. I have provided four repetations each in order to show the difference in a better visual way. The dataset does not have to be limited to 4 iterations. I agree, as the number of data increases, the sensitivity will definitely increase.
The order of correct data does not matter and Euler X and Z values are enough for the study thats why there are no marked peaks in the second raw.
The characteristics of correct data is important, and it is mostly changing in terms of amplitudes and the width compared to the wrong ones.
Especially for the Euler X by visual inspectation it is easy to understand the difference and make an assumption between the correct and wrong data. I am mostly looking for an idea about how to make that decision making in terms of coding.
The peaks are also a way of approach of mine. I was trying to detect the repetations to find their amplitudes. In order to do that I was just working with peak finding. Peak detection does not have to be used. But the code should also understand the repetations start and end point (you can understand that from the iterations).
So to sum up, the general characteristics of correct data is important. To achieve that, code should divide the repetations in order to find them individually. Than it should compare the individual repetations with the general characteristics from the given correct data set.

⋮
Ran in:
@mustafa can Kurt, It is my understanding of your comments to me and to @Star Strider that you want to identify repetitions in your data set automatically, AND you want to grade repetitions according to how close they are to an ideal or target waveform. If my understanding of the problem is incorrect, then my comments below may not be useful to you.
Suppose there exists an ideal waveform which each repetition should follow. Then I would do a modified convolution of the ideal waveform with the measured activity. Then I woudl look for times at which the convolution reaches a peak. Those are the times when the measured signal is like the ideal signal. I would determine a threshold for detecting events. The value of the convolution is a measure of how close the each repetition is to the ideal waveform.
N=200;
t=0:N-1;
xi=[0,0,0,0,0,1,1,1,1,1,1,1,1,1,1,0,0,0,0,0]; %ideal waveform
Ni=length(xi); %length of ideal waveform
%Next: create a signal composed of events plus noise plus slow drift
x=rand(1,N)+sin(2*pi*t/N); %slow sine wave plus random noise
tevent=[6,32,59,83,112,147,172];
for i=1:length(tevent)
x(tevent(i):tevent(i)+Ni-1)=x(tevent(i):tevent(i)+Ni-1)+xi;
end
%Next: plot the signal
figure; plot(t,x,'-r'); xlabel('Time (s)'); grid on; 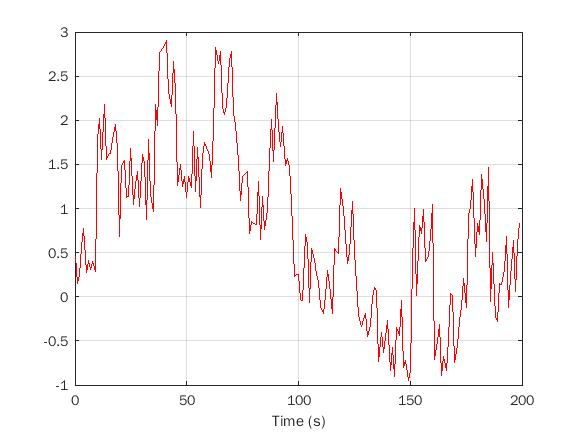 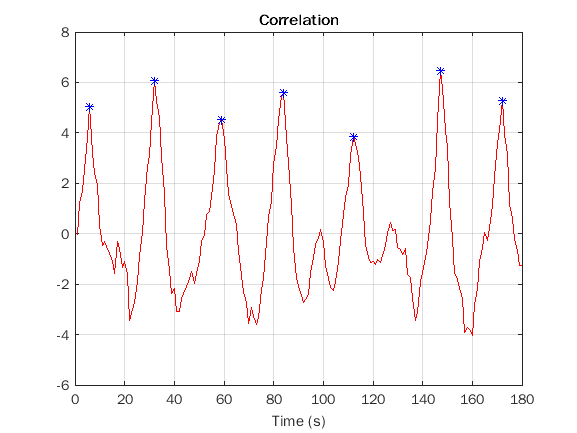 ⋮
Thank you so much for your effort @William Rose . Definitly it will help a lot.

⋮
@mustafa can Kurt, You are welcome. Good luck with your work.