Shayma Al Ali on 15 Nov 2021
⋮
Edited: Sulaymon Eshkabilov on 15 Nov 2021
Hi everyone!
I have a variable, 'wc_average' that I'd like to interpolate so it's the same size as another variable 'dep_cal2012'. Wc_average is about 78x1 and 'dep_cal2012' is about 977x1. The spacing between every point in wc_average is about every 10 minutes while the spacing between every measurement in dep_cal2012 is every nanosecond (there are about 7 measurements taken within the same second). I've tried interpolating wc_average with this code:
x=dep_cal2012; y=wc_average;
ix = linspace(1, numel(x), numel(y));
WC_interp = interp1(ix, y, 1:numel(x),'nearest'); WC_cap=WC_interp';
However, I've tried comparing the timeseries between the two and the interpolated one isn't right. 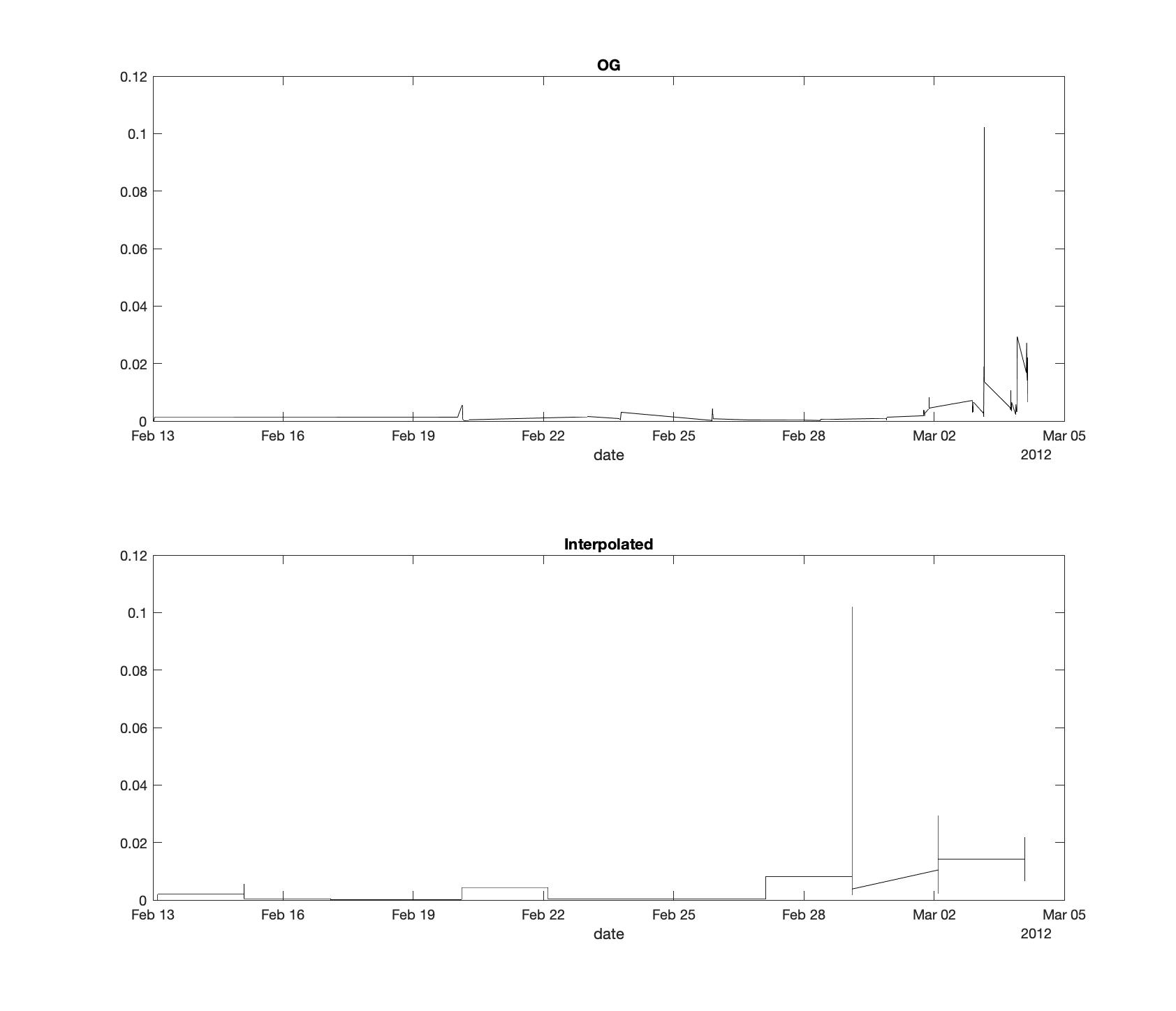