You are now following this Submission

points2axes calculates the conversion factors between points and axis units along the three Cartesian axes.

The conversion factors are useful for drawing objects whose characteristic dimensions such as width, length, height, diameter, etc. are best expressed in points, where 1 point = 1/72 of an inch.

Note that changing the size of the figure window or the limits, orientation, or aspect ratio of the axes directly affects the conversion factors. It is therefore recommended to set the axis limits before calling points2axes to prevent them from changing when new objects are added.

[xppt, yppt, zppt] = points2axes calculates the conversion factors between points and axis units along the three Cartesian axes for the current axes. xppt is the number of x axis units that corresponds to a length of 1 point on the screen. Similarly, yppt and zppt are the number of y and z axis units per point, respectively.

Logarithmic plots of any kind are not supported.

This creates three 40 point long lines in the center of a 3D plot. 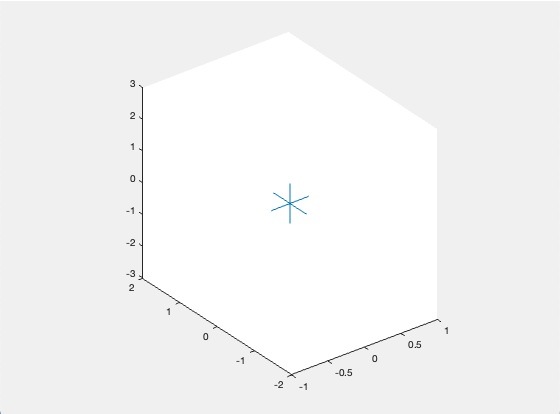 Any feedback or suggestions for improvement are welcome!

Create scripts with code, output, and formatted text in a single executable document.