“MATLAB is my preferred tool because it speeds algorithm design and improvement. I can do the data analysis, algorithm development, algorithm visualization, and simulation in one place and then generate C code that is reliable, efficient, and easy for software engineers to integrate within a larger system.” 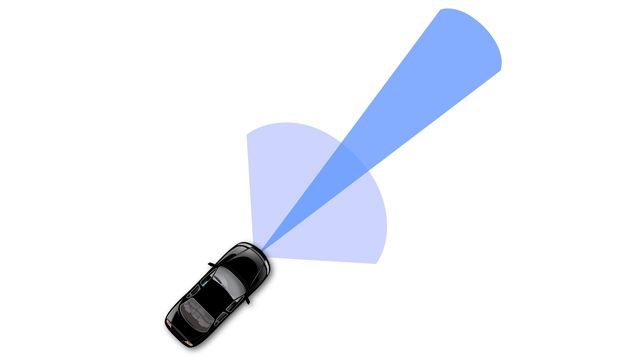 Automotive radar is an enabling technology for collision mitigation, blind-spot alerts, adaptive cruise control, and many other active safety features. Radar systems provide range, range rate, and azimuth information data on vehicles and other objects. The accuracy of this data depends on precise alignment of the radar sensor.

Delphi used MATLAB® and MATLAB Coder™ to accelerate the design, simulation, and implementation of a production radar sensor alignment algorithm.

“With MATLAB we can analyze data and design algorithms in one environment, so we can rapidly try out new ideas and then evaluate them with plots and statistical analysis,” says Liang Ma, Delphi system engineer. “Once we’ve verified an algorithm, we use MATLAB Coder to generate production C code that is as efficient as handwritten code.”

The radar sensor alignment algorithm executes more than 40 times every second while the vehicle is running. In 1 millisecond it must calculate the misalignment angle based on data provided by the radar sensor, as well as the vehicle speed, the sensor’s position on the vehicle, and its pointing angle.

With active safety systems in high demand, Delphi had just four weeks to improve a radar sensor alignment algorithm for new radar products. They needed an approach that would enable system engineers to deliver their own production C code.

Liang used MATLAB to analyze recorded sensor data captured from road testing a real vehicle. With huge amounts of testing data and the help of powerful MATLAB built-in functions, Liang realized and verified a radar sensor alignment algorithm that calculates sensor misalignment angles from raw radar detection and host vehicle speed. The algorithm computes the least squares solution to a system of linear equations. It also estimates the computed angle’s accuracy based on the residual of the least squares solution.

Initially, the generated C code running on an ARM10 processor computed the misalignment angle in more than 3 milliseconds. Liang removed redundant logic, combined for-loops, and performed other optimizations in the MATLAB code until the generated code completed its computations in less than 1 millisecond, which met the throughput requirements.

On schedule, Liang delivered the verified C code for the improved algorithm to the software integration team for integration into the production system.