How to delete unintended labels and their duplicates?

Carlos Carriaga on 31 May 2022
⋮
Answered: Srija Kethiri on 7 Jun 2022
I created a GUI for my new application using App Designer. A label that I created cannot be deleted from the canvas. The first time I deleted the label, it reappeared the next time I opened my mlapp file with a duplicate. The next time I opened my mlapp file again, the label that I previously deleted reappeared and now with more duplicates of the same label. My goal is to completely delete this label as I do not use it anymore. 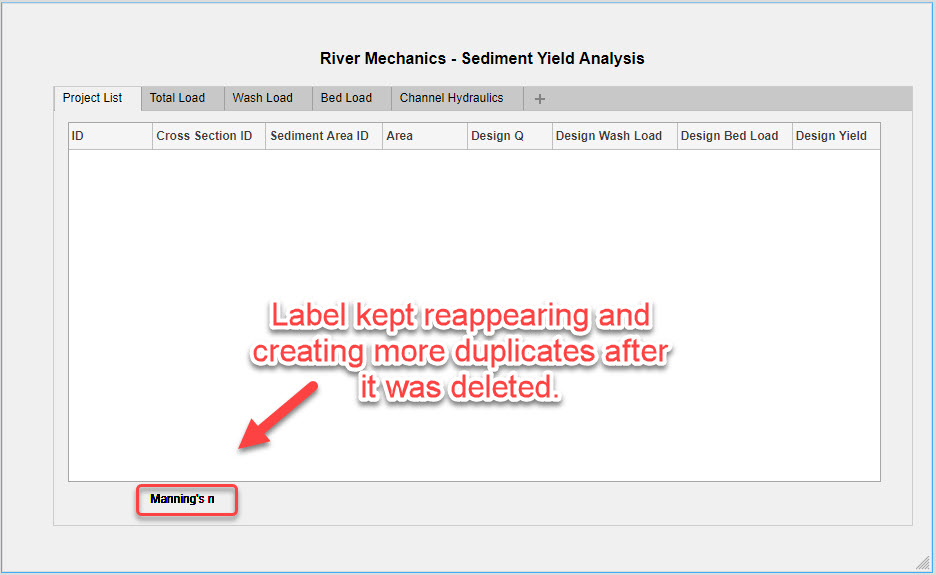 Srija Kethiri on 7 Jun 2022
⋮
Hi Carlos,
The root cause of this bug has since been identified, and has been fixed as of R2018b Update 3. However, if an MLAPP file has been corrupted from saving in an earlier release, the file will need to be sent to development to remove the bug. MLAPP files saved in R2018bU3 or later will not get corrupted in this manner, but if a newer file is saved in an old release it may become corrupted. Additionally, saving an already corrupted file in a newer release will not remove the bug; the file will need to be sent to development.