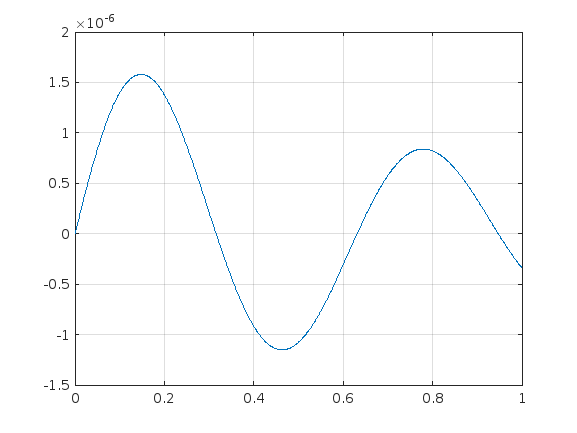 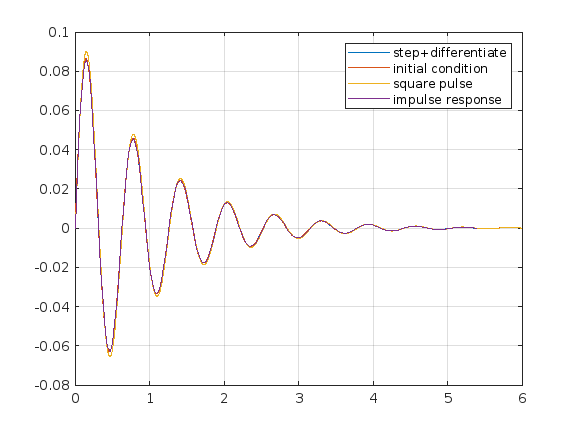 ⋮
Edited: David Goodmanson on 30 Sep 2022
Hi 9*6
I think the best way to do this is the the second one mentioned by Paul, integrating by hand across the delta function. Then ode45 is provided a nonzero intitial condition for the starting velocity, and the delta function is absent from the myfunc function. However, there is still the scaling of the delta function to consider.
The initial impulse I is the product of a large applied force F0 for a very small duration t0, such that neither of those are known separately, necessarily, but their product I = F0*t0 is known. That's an initial condition you need to specify. Then the initial impulse is I*dirac(t).
The impulse momentum theorem is
F delta_t = I = m delta_v % m = mass
Using F0 and t0 for the left hand side, then (assuming the velocity is zero before the mass gets whacked by the impulse), then
v0 = I/m
is the initial condition v0 for ode45. The use of the dirac function with no multplier and an imposed height of 1 implicitly assumes that I = 1, which is certainly possible, but just one choice among many.