Matlab is not recognizing variables in function handle

Ahmad Gad on 31 Aug 2020
⋮
Edited: Mehmed Saad on 10 Sep 2020
Accepted Answer: Mehmed Saad
Hello all.
I am defining a table of cells that contains function handles.
Why MATLAB cannot recognize them? He cannot access them. I am getting error that MATLAB is not recognizing the variable SS although it is defined. I get error when I type this.
a = P.fw{4}(1:10)
On the other side, when I type this,
a = @(x) 2*SS(4)*x.^0/(BI.L(4))^2
I get answer without error. Any idea why this is happening?
Thanks all. 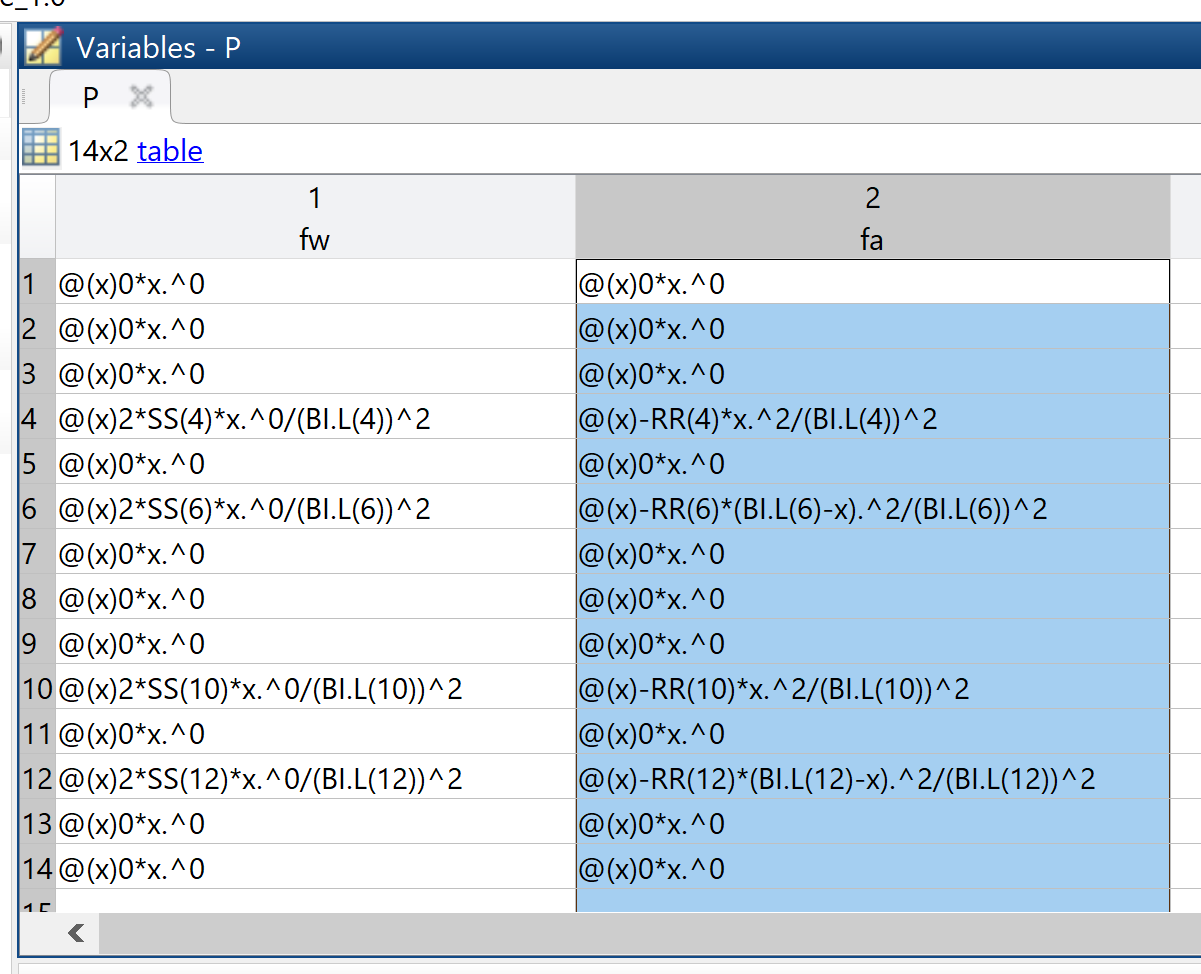 Code-1 (error will be generated)

⋮
I understood the trick now. Thanks a lot for the help.
However, I don't need to type the functions in the script file. I need to define them in an input variable P. Can I define them in a variable and call (load) this variable after the SS variable has been assigned a value? MATLAB doesn't accept that idea too.
Any workaounds?
Thanks!