How can I average same-calendar-month returns over the prior 20-year period? 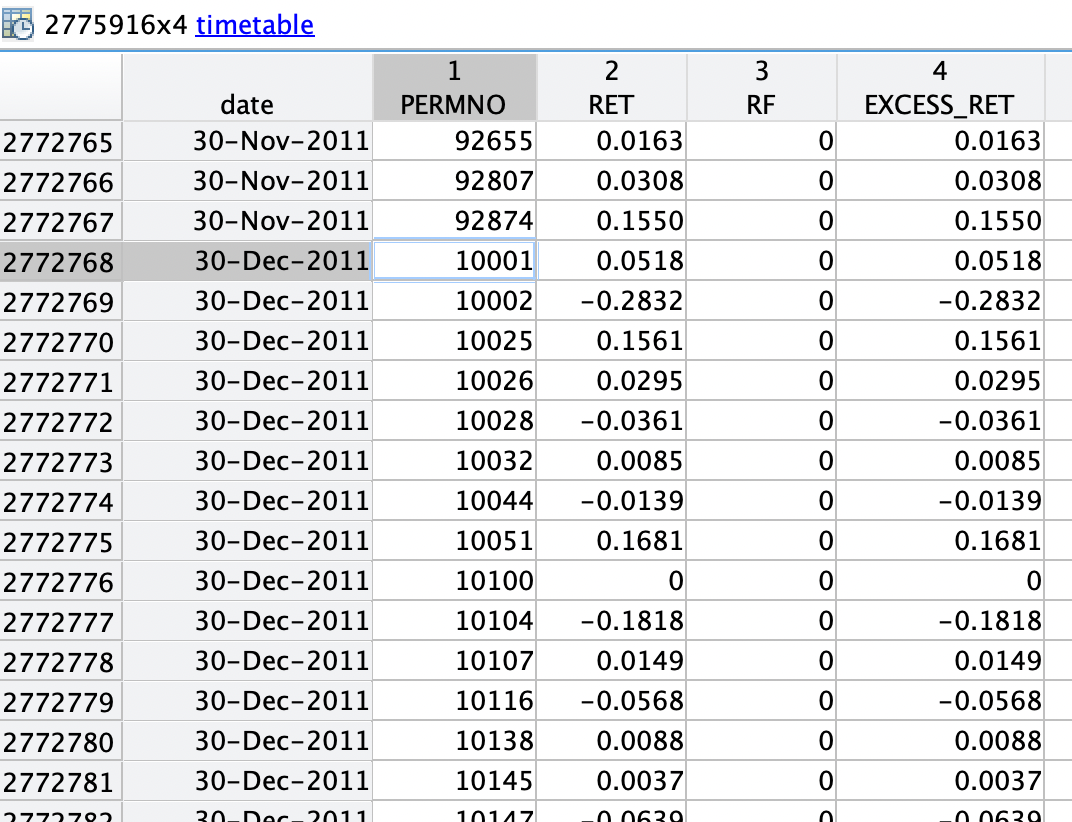 ⋮
Is there any way to speed up your code? Matlab shuts down after running the loop for 8h.

⋮
Huh. Are you sure it's not stuck in an infinite loop? As I mentioned, I couldn't test this code because I don't have a similar timetable to work with.
You could add some lines to indicate where the code is. For instance:
for idx = 1:12
for jdx = 1:numel(stonks)
if ~mod(jdx,100) % Or some other interval depending on how many PERMNOs there are
fprintf(['\nMONTH: ' num2str(idx) '\tStock # ' num2str(jdx)])
end
% Find all that apply
tempidxs = ...
end
end
If it makes it to February, it's probably not in a loop. If you don't need the stonkmonth array, commenting out that line would probably help.

⋮
@Hnor You might also save the average returns in their own variable before adding them to the table.
Preallocate before the loop starts with
finalAnswer = zeros(size(data_excess,1),1);
then change that last line in the k loop:
finalAnswer(tempidxs(kdx)) = runningT;
and add it to the table after the loops complete.