How to plot a function on an existing plot

Chalisa Mawla on 30 Jun 2022
⋮
Commented: Voss on 30 Jun 2022
Accepted Answer: Voss
I have this code 'bandstructure' that allows me to plot data from 101 files and gives 680 nm TM.fig.
I also have this code 'plotlightlines' that plot functions and give 680 nm lightlines.fig (a bunch of y=kx functions that generates lightlines from my calculation)
How I might be able to overlap those plots using the frequency range (y range) of '680 nm TM.fig' so that I can compare the simulations with theoretical calculations? x in both plots should be from 0 to 0.5
I tried to add 'hold on' and add the functions at the end of 'bandstructure' but it is not generating the plot correctly.
Thank you in advance. 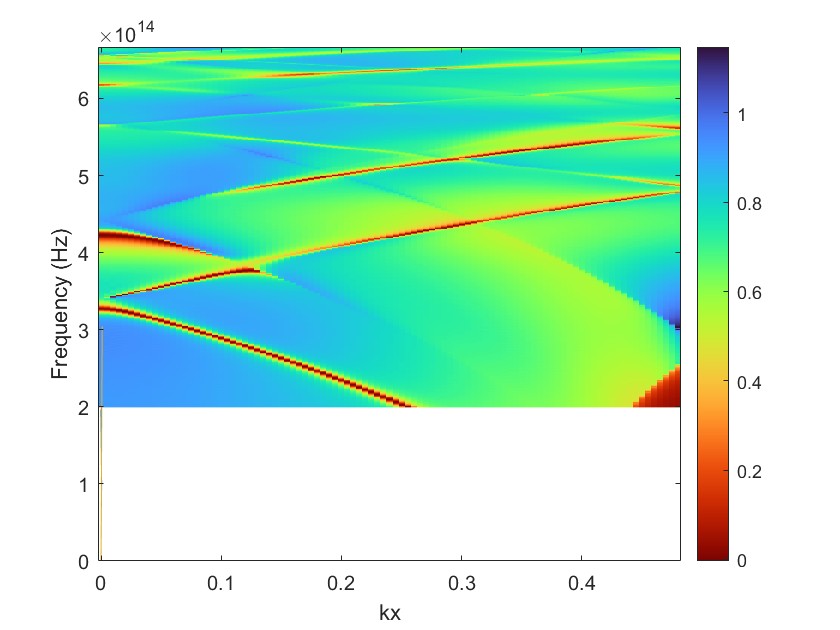 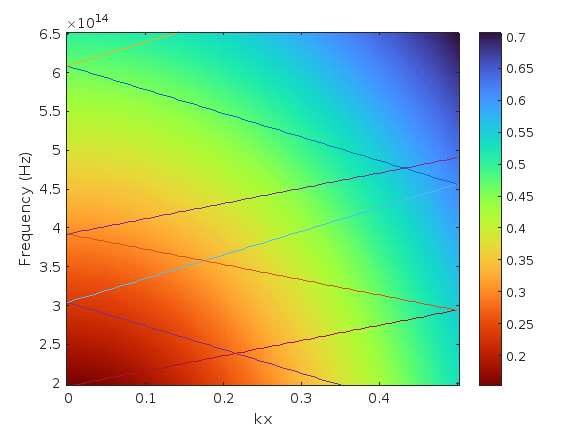 In the image you showed, it looks like there's a line plotted at or near ( x=0 , y=0 to 3e14 ), which caused the axes ylim to go down to 0. Maybe this line was created by plotting something incorrect while you were working on your code. To avoid this type of spurious plot, it's a good idea to create a new figure() before your plotting commands, so your plots always go into a new figure that's unaffected by what was plotted previously.

⋮
Hi Voss,
Thank you for your answer. Somehow I just cant add the lines to the previous figure.. Maybe some variables were used in the first code 'bandstructure'.
I have attached all .txt files. Could you help me with the code how I might be able to add the lines to the band structure analysis?

⋮
Edited: Voss on 30 Jun 2022
Ran in:
OK, now that I have the data I can see that the problem is that the XData of the plotted lines (which is the variable k) is much smaller than the XData of the image (which is the variable kx), so that the image and the lines are essentially on two different scales in the x-dimension.
Here you can kinda see the lines are there, but they're all scrunched up on the left, close to x = 0:
unzip kx.zip
figure()
bandstructure
plotlightlinee 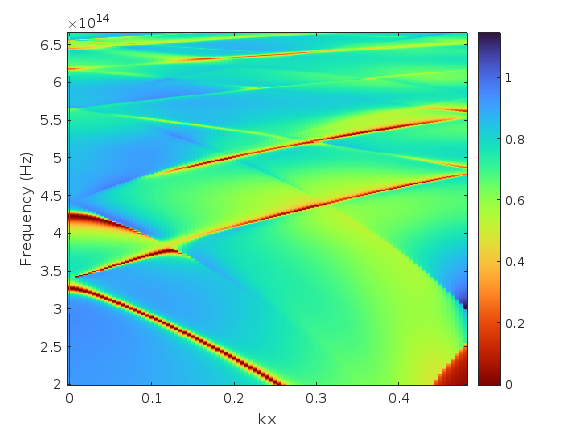 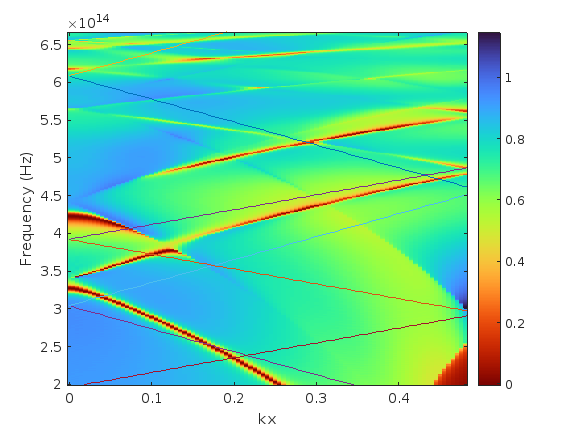 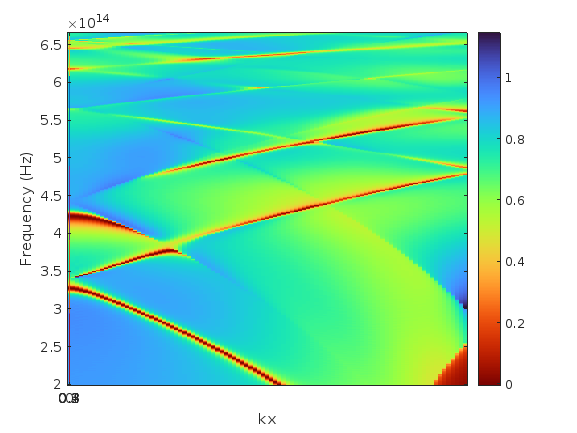