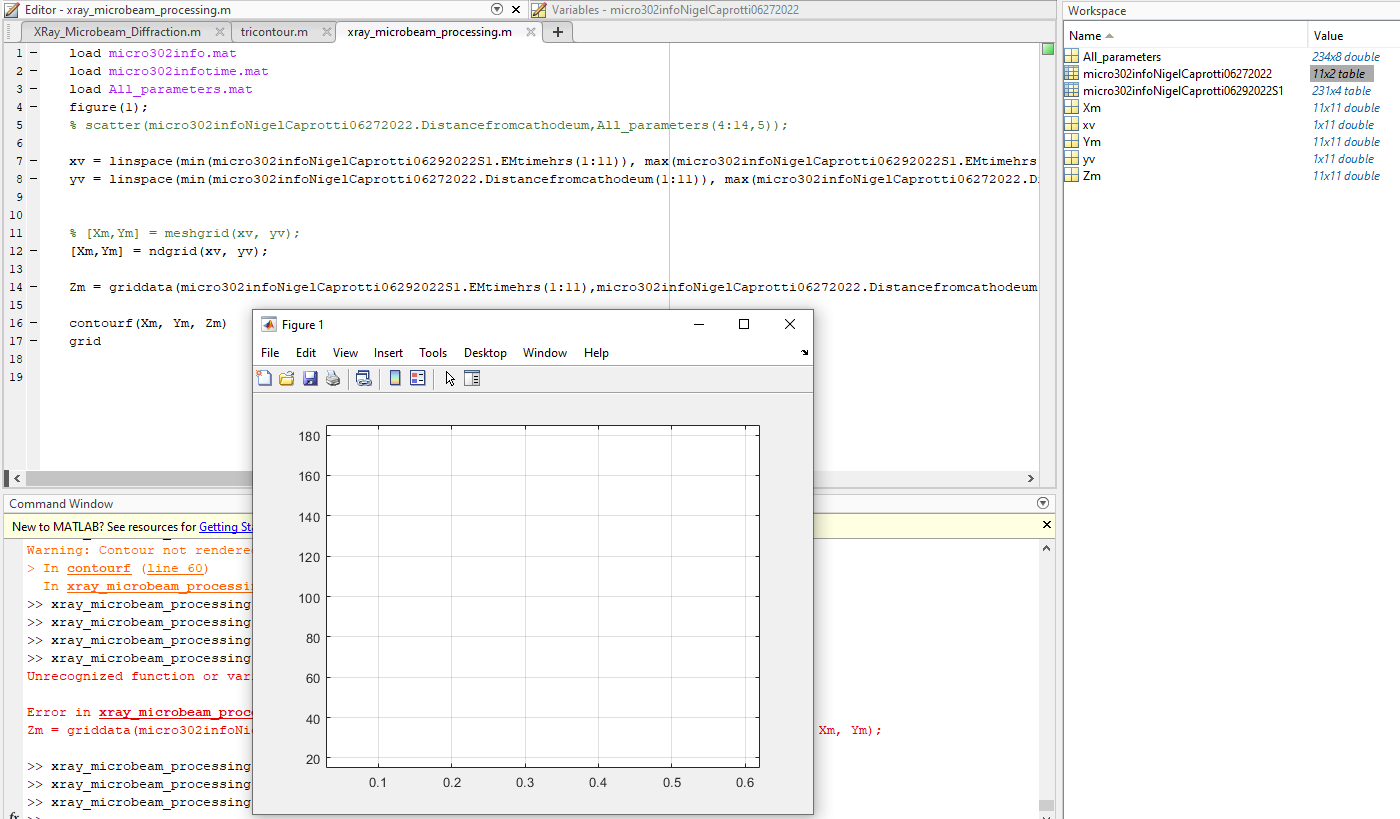 ⋮
In future, for anybody to do anything without a lot of effort, attach the needed .mat files -- use the paperclip icon. We can't do a thing with images and it's a lot of bother to create files manually.
I did convert your data to code format and added [] so can be copied, at least...

⋮
I have attached the .mat files. Thank you for this suggestion. It is important to note that currently I am only trying to do the first 11 data points, which corresponds to rows 4 through 15 in the All_parameters table. This is rows 1 through 11 for the other two tables (micro302info.mat and micro302infotime.mat).

⋮
my z (Zm) is 11x11 using the griddata command.
And what do you get from griddata ? The NaN matrix except for the antidiagonal ? 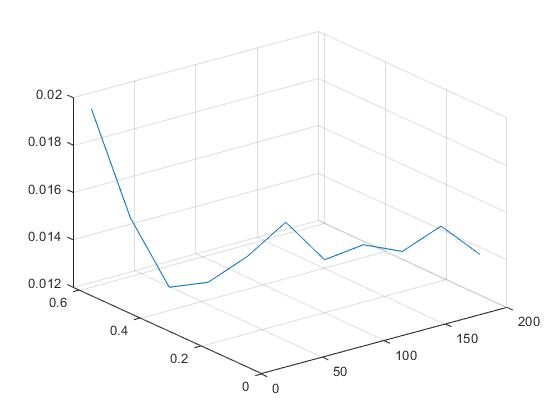 shows essentially a trace along the diagonal of the xy plane; there's no information scattered anywhere else from which to try to interpolate to fill in something. You just don't have enough data from which to create a contour.

⋮
I feel as though I am asking the same question as this post:
https://www.mathworks.com/matlabcentral/answers/526273-creating-2d-contours-from-xyz-values
This post only has 3 arrays of 11x1 length. I am confused.

⋮
The other poster had data in x and y directions that did at least cover a portion of the xy plane other than a diagonal so the computed Zm array from griddata had a fair number of points without extrapolation. In your case, applying identically the same scheme there are only
>> sum(isfinite(Zm))
ans =
1 0 0 1 0 0 0 0 0 0 1
>> sum(isfinite(Zm(:)))
ans =
3
>>
three(!) points out of the original 11 that were remaining; everything else was extrapolated and so was returned as NaN. The three scattered points aren't enough for the contour algorith to draw anything useful.
If you let griddata extrapolate, then you get something, but it's essentially worthless because you just don't cover the xy plane sufficiently to do any good -- in that case you can get a plot... 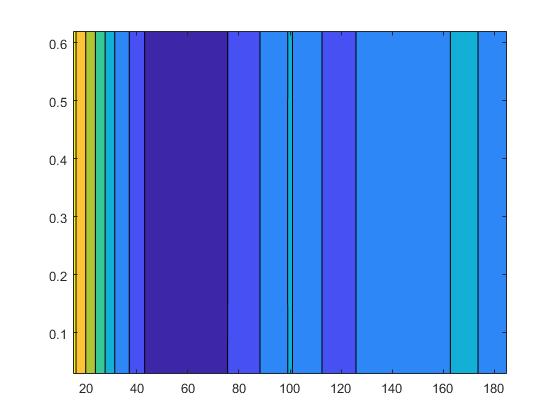 but as you see, it's just 1D along the x axis.
I didn't try, but I don't think Delauney triangles can do magic with such an input arrangement of the x-y points, either; they just don't cover the plane; they're perfectly correlated along the diagonal as shown by\
>> corr(x,y)
ans =
-1.0000
>>
or
plot(x,y) 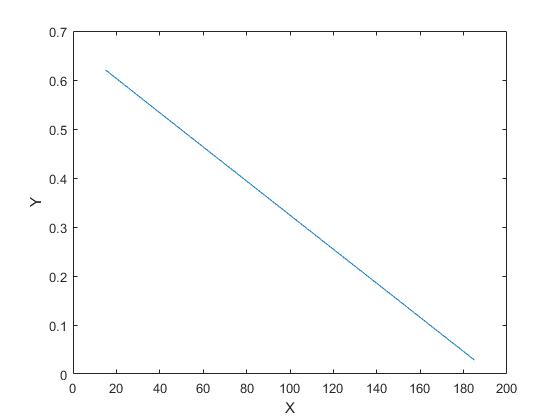 So, in essence, you have only one independent variable, not two since Y is identically and linearly correlated with X.

⋮
A thorough analysis and very helpful. Much appreciated, dpb!

⋮
If anyone is interested in the resolution, I found success using the pcolor command in MATLAB to create a pseudocolor plot (instead of contour plot).

⋮
I appreciate this response, as I reached this step to no avail as well. If anyone is interested in the resolution, I found success using the pcolor command in MATLAB to create a pseudocolor plot (instead of contour plot).