alignment of images - is there no function to align control points?

CompViscount on 16 Aug 2022
⋮
Edited: CompViscount on 17 Aug 2022
Accepted Answer: Benjamin Thompson
Ran in:
EDIT: the issue I was having is actually due to using a partial image to select the control points and calculate transform, but then using that transform on the full image. I wouldn't have thought it made a difference but obviously it does (must be something do with axis of rotation moving).
So this question is a waste of time as the issue is not contained in the example, and the example had it's own error. Apologies! Doesn't explain why imregcorr and imregister gave such awful results, as I was using full images for those... But I have no desire to revisit the frustration today.
Hello,
I am trying to align some images so that I can do some pixel-wise comparison. There are ~10000 very consistent images of components, but there is a small variation in position in the rig, hence the desire to align. I started using "smart" inbuilt functions (imregister, imregcorr) and have progressively pared my expectations all the way back to an approach so simple I can't understand why it isn't possible - I should have just done the maths myself at this point! So, my current approach is to pick 2 control points as per this example:
Find Image Rotation and Scale - MATLAB & Simulink Example - MathWorks United Kingdom
And do a basic transform using fitgeotrans.
However, when I superimpose these two images using imshowpair 'falsecolor'... the control points are not on top of eachother. The images match scale/rotation but there is no translation. To me, this means they aren't fully aligned...? I realise it says "rotation and scale" in fitgeotrans, but this is a tutorial from this page which is about alignment and registration:
Image Registration - MATLAB & Simulink - MathWorks United Kingdom
I see no option for translation, and don't understand why translation wouldn't be part of the same function... and I can't find any function that would just do the translation as a 2nd step.
I can't share my images so I've made an equivalent problem from one of the tutorials, copied below. As you can see in the final figure, the images are matching rotation/scale but not translation, so they can't be used for pixel-wise comparison, superimposing or "average" image creation. Hopefully I'm missing something silly and there's existing functionality for this.
Thanks
% example from imwarp
original = imread('cameraman.tif');
imshow(original)
text(size(original,2),size(original,1)+15, ...
'Image courtesy of Massachusetts Institute of Technology', ...
'FontSize',7,'HorizontalAlignment','right') 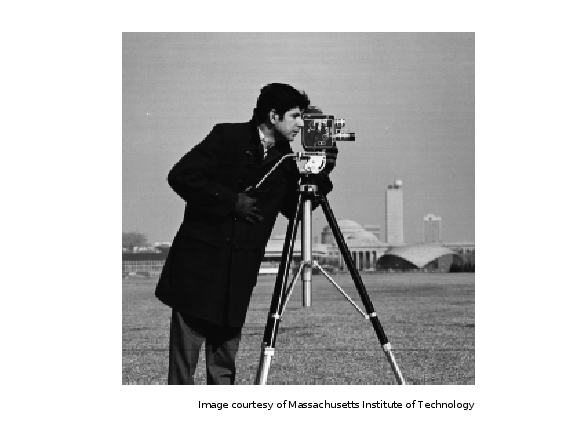 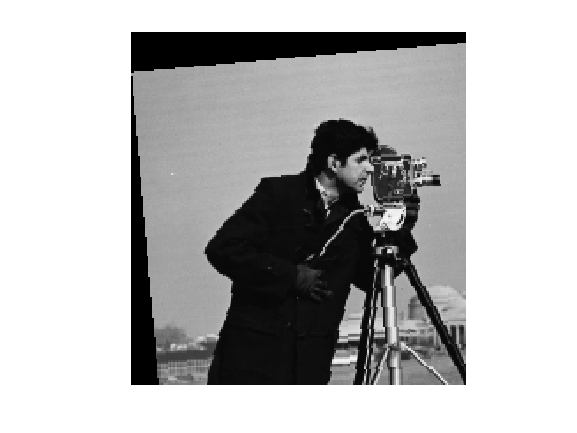 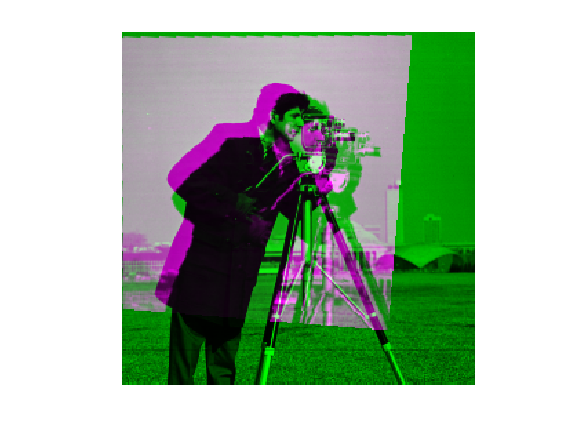 Benjamin Thompson on 16 Aug 2022
⋮
Your control points do not match up, and the last control point actually does not appear in the distorted image.

⋮
You're right about the control points, good spot. Unfortunately it was just a quickly cobbled together example, and that error was not the problem on my own images.
I've worked out the problem in my own images - I was using a cut image to select the control points and calculate transform, but then using that transform on the full image. I wouldn't have thought it made a difference but obviously it does (must be something do with axis of rotation moving).
I'll mark this as the answer anyways because it fixes the example posted.