Hardware-in-the-loop (HIL) simulation is a technique for validating your control algorithm, running on an intended target controller, by creating a virtual real-time environment that represents your physical system to control. HIL helps to test the behavior of your control algorithms without physical prototypes.

How does HIL simulation work?

With this approach, HIL simulation can eliminate costly iterations in hardware fabrication.

Hardware-in-the-loop (HIL) simulation setup. The block diagram shows a HIL simulation in which the hardware under test is an embedded controller and the plant model is a representation of a physical system.

Where is HIL simulation used?

HIL simulation is especially useful when testing your control algorithm on the real physical system is costly or dangerous. HIL simulation is widely used in the automotive, aerospace and defense, and industrial automation and machinery industries to test embedded designs. HIL is also being adopted in medical devices, communications, semiconductors, and other industries.

HIL Simulation with MATLAB and Simulink 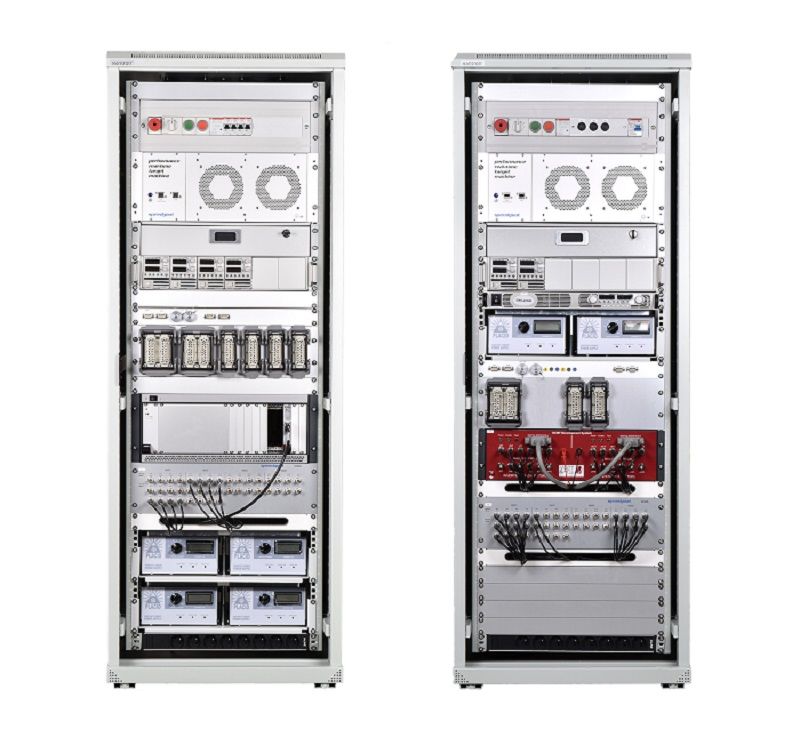 Complete Speedgoat rack setup. This setup was used to automate the testing of tractor controllers with hardware-in-the-loop test benches.

Examples and How To